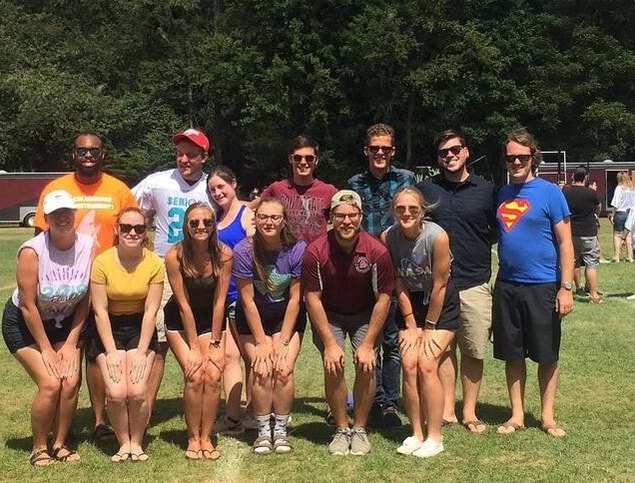 Living in the Metro Detroit area of Michigan, percussionist Brendan Walter has flourished in the world of music as a performer and an educator. Brendan received his Bachelor’s Degree in Music Education from Oakland University in Rochester, Michigan where he studied with Dan Maslanka and Mark Stone. He has also studied with a number of acclaimed percussionists including Jim Ancona, Iain Moyer, Jason Ihnat, Liam Teague, Haruna Walusumbi, and Bernard Woma. These experiences have allowed Brendan to sustain and succeed a career as a solo and ensemble member, and as an educator for front ensembles and in the classroom setting.

Brendan is an active performer in the community and across the country, and has performed in Ensembles such as the Oakland Symphony Orchestra, Oakland Steel Band, Oakland Wind Symphony, Oakland Brass Band, and Motor City Brass Band. Brendan was also involved in Oakland University’s Ngoma, that did a clinic on Embaire, a Ghanaian marimba, at PASIC in 2013. Along with Classical and World Percussion, Brendan was also involved with Marching Percussion as a member of Eastside Fury (2009-2011) and The Cadets Drum and Bugle Corps (2011, 2013, 2014). During his time at The Cadets, the corps won DCI world championships and the percussion section won the illustrious Fred Sanford award for the best percussion section.

In addition to performing, Brendan is a well rounded educator that has taught at numerous schools across the state of Michigan, including Plymouth Canton Educational Park, Troy Athens High School, Ferndale High School, and Southgate Anderson High School. He has also taught at independent groups such as Ferndale Independent Percussion, North Coast Academy Percussion, Redline Percussion, and Carolina Crown.

Toby Kmet is currently the band and choir director at Davidson Middle School in Southgate Michigan.  Mr. Kmet has been a band director in the public school system for the last seventeen years.  He has taught high school musicians for thirteen years and middle school students for the other four years.  Mr. Kmet also teaches a number of private euphonium and tuba students, and teaches the Youth Chime Choir at his church. He also volunteers at a Salvation Army music camp, teaching elementary age students how to play brass instruments.
Mr. Kmet graduated from Wayne Memorial High School as the valedictorian in 1993.  He went on to receive a bachelors degree in music education from the University of Michigan and a
masters degree in music education from Eastern Michigan University.
​
In addition to his busy teaching schedule, Toby Kmet is also an active performer.  Mr. Kmet has been a performing member of the Motor City Brass Band since 1998, playing both English Baritone and E flat Tuba.  He is currently a member of the brass band’s board of directors, and is the assistant director of the Motor City Youth Brass Band.   Mr. Kmet also performs regularly with the praise band, choir, and bell choir at the First United Methodist Church of Wyandotte. He has also performed in a number of different pit orchestras for local theatre groups
Assistant Director of Marching Band
Director of Winter Guard & Jazz Band
Mr. Zack Novicki
novickiz@sgate.k12.mi.us

Zack Novicki found his love for pageantry arts in 2006 as a member of the Woodhaven Warrior Marching Band.  Zack is currently the Executive Director of LSM Performing Arts Inc., a nonprofit organization based out of the Downriver area.  In his time at LSM, their competitive winds team has won the bronze medal twice(2017/2018), silver medal twice(2015/2019) and
​Fan Favorite Award(2019) at WGI World Championships.

Zack is also the Music Director at Unity Lutheran Church in Southgate.

Mr. Novicki currently serves on the WGI Winds Advisory Board and Steering Committee.  He also works as an “Expert Consultant” with WGI 1-on-1, an online  service for WGI programs that provides commentary and advice from the industry’s best consultants and adjudicators. Zack has assisted with many pageantry arts programs throughout the United States and Canada.

When not spending all of his time in "Band Land”, Zack likes to play video games, read comic books(especially Superman!), and hang out with his cats, Wolverine and Zoom.
​
Fun fact!: Due to his experience in the marching arts, Zack was hired as a "Special Abilities Actor” and played the role of a marching member of the United States Marine Corps in the blockbuster movies ​"Batman v Superman” and "Suicide Squad”.